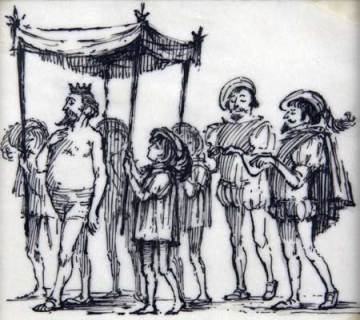 The neoliberal (a.k.a. crony capitalism) ruling of the world during the last 50 years is usually generalized as a “big fish eats small fish” relationship. The story continues, with the big fish in Washington, Brussels and Moscow fed themselves with the riches of the world and profited from globalization.  Meanwhile, the small fish continued breeding and feeding the always hungry lords.  This general discourse is repeated in most if not all the academic papers dealing with postcoloniality and globalization.

The impact of the ideas of these intellectuals is widespread and not easily observable for the ignorant masses.  As such, when you read the newspapers in Latin America or Africa in regard to the “new” nationalizations being undertaken by the “new” socialist/anti-neoliberal governments in Argentina, Bolivia, Brazil, Greece, Lithuania, and Sri Lanka since 2011 people usually ignores that there is nothing “new” in these actions.

These nationalizations of privately owned assets have been in many of the cases actual renationalizations of companies that were not owned by the principles of free market ideas, but that had been privatized by corrupt social democratic governments 50, 40 or 10 years before and who created new privately owned privileged companies.  As a result of these social democrat and socialist governments many privately owned companies emerged as the bastions of crony capitalism, inefficiency and corruption.  The previous, generally increased as closer the national industries were owned by crony private companies that owned single-crop cultive exports and resource rich regions.

To mention short examples of the previous, recently in Argentina Yacimientos Petrolíferos Fiscales (YPF; English: “Treasury Petroleum Fields”) was renationalized (not nationalized) by the government under claims of corruption, inefficiency and negative benefits to their national interests.  In Bolivia, Transportadora de Electricidad (TDE) was nationalized by Evo Morales government.  However, TDE was also a fruit of the neoliberal and crony capitalist deals established in 1952 after a coup d’état that established a military socialist democracy with the party  Revolutionary Nationalist Movement (MNR) which allied into a military-nationalist clique that lasted for 50 years.

Privately owned companies produce always more efficient and better products than state-owned companies.  However, privately owned companies that have benefited from government granted privileges for decades not necessarily will produce more and better services and products than state-owned companies.  The previous is something that few of us dare to identify and explain with a non-contradictory historical and philosophical background.  Meanwhile, the great majority of academics influenced by collectivist philosophies will start writing articles and books applauding the “successful” renationalizations and condemning those free-market authors who will write back and fight.

Indeed, there is a difficult road in defending private property and privately owned businesses in the context of countries and regions that lack respect for individual rights and the rule of law.  As such, to defend the private vs collective in those circles it is necessary that first we identify how the societies are currently organized around the collective inefficient systems of social and economic organization.  In the case of Bolivia and Argentina it is necessary for us to identify how these business and societies are not structured and organized around the principles of free market and individual rights.  By understanding and explaining this clearly there will be a chance to change the discourse of discussion from “why is renationalization good?” to “why laissez faire capitalism is better than the privately owned business of crony capitalism?”