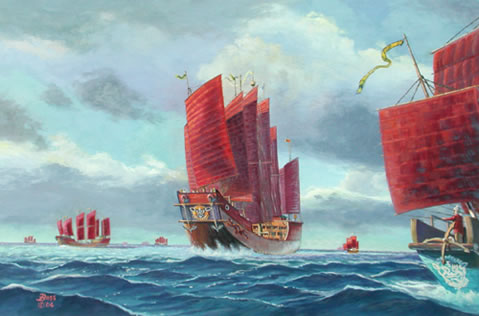 I am currently enrolled in the course “Oil, Power and Climate – A Global Perspective” with Dr. habil. Peter Gärtner who is an specialist in Global Studies, North-South relations, democratization, development theory and policy, law and globalization with a regional focus in Latin America.

As part of our initial discussions we were required to present a review of the current status of the main importers and exporters of oil.  My selection was China and its raising demand of energy resources in order to continue providing for the world the largest amount of goods ever made in history.  Indeed, the numbers I found of China were astounding and the forecast of its increase for the next ten years is even more astonishing.    As forecasts show, the United States is soon to lose its hegemonic position in the world as the largest economy due to the fact that since 2010 it was China the world’s largest energy consumer (and its growth continues to further grow).

For the last six months I have been paying much attention to literature in the Asia region and I have started to draw a new world map that has South East Asia and the Pacific at its core. I foresee a semester full of Asia related topics and I will most certainly enjoy focusing in that area.

I share with you the handout with the latest figures and updates on China that I prepared for a discussion.  The file is accessible online and can be downloaded as a PDF: http://issuu.com/condottiero/docs/oil-china-lgpr