The day after Revolution the streets were in silence. Anarchy was the rule and a no man’s land emerged. The protests against the ruling party had started several weeks before. However, as my grandmother recalled, the problems that had ignited the most recent uprising had always existed: ” these were the very old unfulfilled promises long inherited from Colonial times.”  Indeed, these promises were the idea that Government was here to rule over Us, to give Us and to provide Us for our needs and to care for our frailties.  The Global South has known dozens of revolutionary movements, dozens of attempts of revolutions and a handful of sanguinary coup d’états. Unfortunately, not much if anything has changed after the uprisings.

Around the world today conflict  continues in many areas that were once colonized or controlled by Western European or Soviet powers. The source of many of these protracted conflicts, in large part, lies in past colonial  policies, and especially those “regarding territorial boundaries, the treatment of indigenous populations, the privileging of some groups over others, the uneven distribution of wealth, local governmental infrastructures, and the formation of non-democratic or non-participatory governmental systems.”

It is therefore essential, if one wants to understand current revolutionary movements, intractable conflict and its causes, to examine not only the issues and problems of the moment, but also influential historical factors and actors – most notably, past colonial policies and today’s ruling power of these metropolis over former colonies – and their lingering effects.

The idea that the government should provide for our needs is more accepted in post-colonial governments that inherited institutions of dependency and granted privileges by the metropolis.  Imagine yourself traveling 200 years back in time to the period in which colonies were ruled by Western Capital. Interestingly, you will find yourself observing almost the same institutions and the same old problems that societies in the Global South still face today in Africa, the Middle East, South America, Eastern Europe and South Asia. The problems in these societies are the result of a long list of misguided decisions all centered in one fatal conceit: the conceit of revolution by force, not in defense, but in violation, of individual rights.

The colonial institutional heritage of the Global South is built around the abuse and violation of individual rights. Not a single revolutionary movement in the Global South has really aimed at restoring individual rights but to the granting of privileges for a minority.  The minority groups have taken many forms, received many names and have taken many slogans. They have been revolutions organized by and in contraposition of one minority group versus a majority: of the poor versus the rich, of the middle classes versus oligarch classes, of national interests of capital versus foreign interests, of enlightened groups versus conservative groups, of different ethnic groups against each other, of indigenous groups tired of being exploited, and many many more.

In order for a revolution that aims at restoring individual rights to take place it would be  necessary for all citizens to first redefine their code of values upon principles that allow them to pursue happiness without violating the rights of others.  This means that for a “revolution and not a putsch” to take place in the Global South we need first to understand that today’s revolutions have no moral justification and are all gang warfare.  As such, in order to change our immoral systems of government we require to first our own immoral code of values.  This means that we need to learn our history and fix all those immoral decisions taken in the past by our former enslavers.

I believe that the ideal way for starting to learn which is the code of values that provides for a consistent philosophy of life that protects individual rights and allows for humans to pursue happiness is the philosophy of Objectivism and the Objectivist Ethics.

If successful, most probably, the ongoing revolutionary movements in the Middle East, Ukraine and Venezuela will reflect to be nothing but immoral putsches of the very same old privileged groups that they were supposed to fight.  Corruption will take a new name, the citizens will be again defrauded by their leaders, immorality will again reign.  the power currently upheld by immoral leaders is not a simple system of domination of one specific group but it completely traverses the entire social body.  When social relations are not based upon a consistent and ethical code of values its result is “the immanence of force” that Foucault widely studied.    In this game of power, the incessant struggle and confrontation will be reinforced, transformed and reshaped without any meaningful outcome.  This never-ending cycle of revolutions will encrust and institutionalize itself if it hasn’t already. I truly believe that a Peaceful Philosophical revolution is Possible.  It is up to you reader, to chose wether to start it or not. 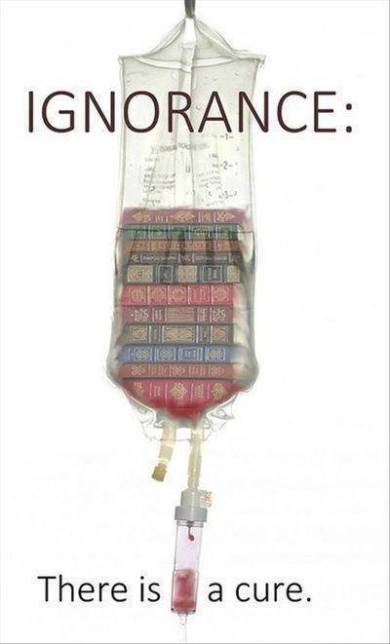 In the last few years I have found myself immersed traveling around different cultures.  A trend I have observed is that the more educated people has been, the more they are healthy and the more they are cooperative towards the rest.  Following Malow’s hierarchy of needs one can easily understand why is it that education is so important to help establishing a better society.  My favourite philosophers agree that in order for a human to act rationally he/she needs to know clearly which is his/her code of values and their aim in life.

Today’s reality whoever is discouraging to many in regard to the Global Educational trends.  The divergence between the Global North and South in terms of educational development is increasing: 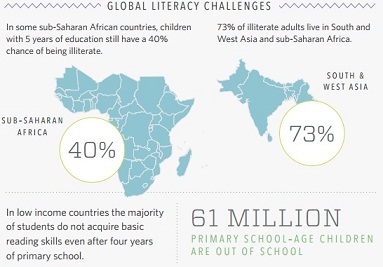 Why is it that development has continued growing uneven in these regions is the field of study of global studies and it requires a long discussion.  One thing is certain: in order for ignorance to be cured there is only one medicine: cheap or free good access to all knowledge.  For this reason I support strongly projects like Google Books and many others in local areas.  I contribute to this global project by donating printed books and providing access to an online ebook collection of Humanities. Now, how are you contributing to this project?